10 free things to do in Berlin, the vibrant German capital 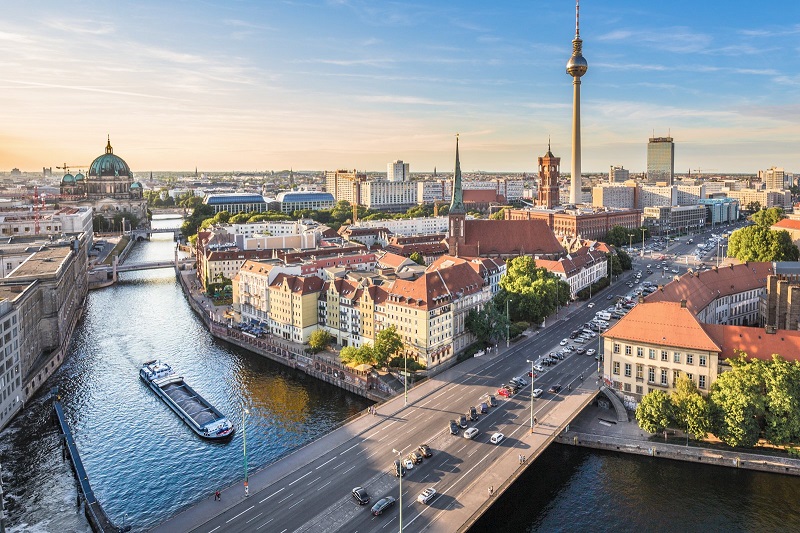 29 Mar 10 free things to do in Berlin, the vibrant German capital

Berlin celebrates the 30th anniversary of the fall of the Wall with a week full of events of all kinds. It is one of the best times to visit the German capital, which continues to seduce with its creativity, culture, and cosmopolitanism, and the best part is that it is surprisingly affordable.

On the 30th anniversary of the fall of the Berlin Wall, a hundred events are held in the German capital during the week of November 4 to 10, 2019, with the 9th being the climax.

The celebration features concerts, open-air exhibitions, workshops, film screenings, eyewitness talks, guided tours of historic sites, and a youth film project, as well as a large floating art installation consisting of 30,000 handwritten messages: Visions In Motion, by Patrick Shearn of Poetic Kinetics. The history of Berlin comes to life these days through video projections 3D large – scale, animations, and sound effects that transport visitors into the atmosphere of 1989 and 1990.

All the information about the anniversary celebration in Berlin can be found here:  https://www.kulturprojekte.berlin/en/  and, whether you travel to Berlin during this special week or if you go at another time of year, it is convenient to know that there are  18 places to discover the city spending really little :

Paradoxically, the main tourist attraction in Berlin is something that no longer exists: the Wall. Luckily there remains the East Side Gallery, a 1.3 km long section that has been covered in paintings to become the longest open-air art gallery in the world. Going through it invites you to reflect on what life was like in the Cold War. (Mühlenstrasse between Oberbaumbrücke and Ostbahnhof; 24 hours; free).

The Gedenkstätte Berliner Mauer  (Berlin Wall Memorial Exhibition) illustrates what the border corridor looks like and its impact on the lives of people on both sides. It stretches along a 1.4 km long section of the Wall and recreates a death row, with fragments of the original Wall, a documentation center, a chapel, and various information points. (Bernauer Strasse 111 between Schwedter Strasse and Gartenstrasse; 8.00-22.00; free).

The presence of countless souls is perceived when walking through the labyrinth of this monument to the murdered Jews in Europe: 2711 concrete plates placed in a claustrophobic grid that can be walked freely. An underground information center provides the necessary context to understand that horror. (Cora-Berliner-Strasse 1; 24-hour memorial, information center 10.00-20.00 Apr-Sep, 10.00-19.00 Oct-Mar, closed Mon; free).

The project for the largest building in Berlin is actually the reconstruction of the baroque palace of the Prussian kings, destroyed by the communist government of East Germany in 1951. The completion of this work to be called the Humboldt Forum is scheduled for 2020; meanwhile, it is worth visiting to get a preview of the museums and cultural institutions that it will host. (Schlossplatz 5; 10.00-19.00; free).

No selfies at the Brandenburg Gate: the real híspter moment in Berlin will come thanks to the photo booth. For a measly three euros, you pose with friends for an invisible camera and wait for the machine to eject the strip of four black and white passport photographs. There are photo booths all over Berlin, one of them on the Kastanienallee. (For locations see photoautomat.de; 24 h; $ 4).

6. Dome of the Reichstag

While Germany’s politicians argue in the plenary hall, they

can be seen from the top of their office building, the Reichstag. A quick elevator takes you up to the rooftop of this Prussian-era building, from where you get fantastic views and you can enter Norman Foster’s glass and mirrored dome. You must register in advance. (Platz der Republik 1; 8.00-24.00, last entry 22.00, every 15 min; free).

The Nazis built this concentration camp on the outskirts of Berlin, one of the most infamous on German soil. Tens of thousands of the 200,000 prisoners perished behind its sinister gates between 1936 and 1945. Turned into a memorial, its open exhibits in the original locations, such as the infirmary and the execution area, tell the stories of those in the camp. the concentration of Sachsenhausen and keep his memory alive

Graffiti and street art have been part of Berlin’s creative DNA since the 1970s, especially in Kreuzberg, a true outdoor canvas. Among the best-known works include Astronaut / Cosmonaut of Victor Ash, inspired by the space race; Nature Morte of ROA, a painting five stories tall depicting dead animals; and the rare Pink Man of Blu, a creature formed by hundreds of naked bodies. (Everywhere; 24 hours; free).

Hitler, Himmler, Göring, Goebbels… The mere mention of the most obnoxious characters of Nazi Germany manages to produce chills and this documentation center focuses on the leaders of the Third Reich and their executioners. La Topographie des Terrors stands right in the same place where the most sinister and feared institutions of the totalitarian regime – the Gestapo and the central command of the SS – pulled the strings of its reign of terror. (Niederkirchnerstrasse 8; 10.00-20.00; free).

The roaring 1920s linger in the Ballhaus , a Weimar-era dance hall. Night after night, everyone from hipsters to grannies composes cute figures on the worn floorboards as DJs spin records of classic swing, tango, mambo, jive, and other sounds of yesteryear. The cheapest classes are earlier. (Auguststrasse 24; from 9 pm Mon-Thu and 3 pm-6 pm Sun; free)