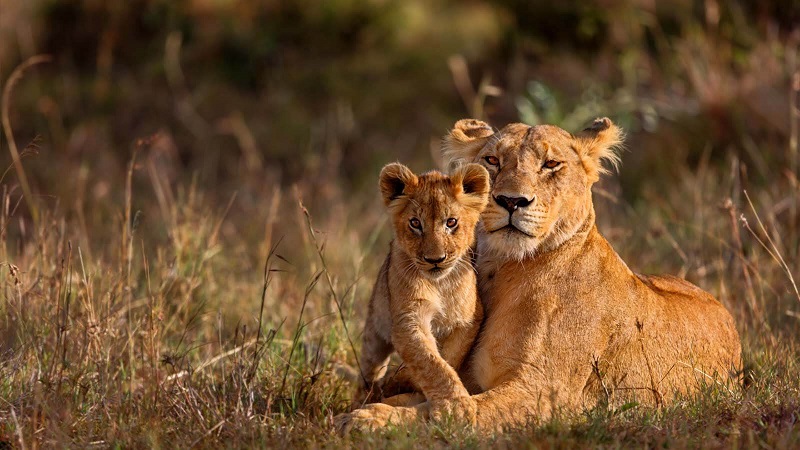 Are you outdoor and animal lovers? Do you dream of seeing leopards, orangutans, or even lemurs? It’s this way!

Located in the southeastern region of the country in the Southern Province and Uva Province, Yala is Sri Lanka’s largest reserve with over 1,000 square kilometers. It is the best place on the planet to observe and photograph the leopard. The site is home to a group of thirty to thirty-five of these big cats in addition to several elephants, buffalos, and birds.

It is impossible to talk about wildlife without mentioning the famous Great Barrier Reef, registered on the UNESCO World Heritage List since 1981. Labeled as one of the Seven Wonders of the World, this barrier stretches for more than 2,600 kilometers and offers extraordinary biodiversity.

Churchill is a town in Manitoba, located on the shore of Hudson Bay at the mouth of the Churchill River. The city is nicknamed “the polar bear capital of the world” because of the large number of polar bears that venture there in the fall. These are some of the pillars of the region’s tourism industry. Locals even have a habit of leaving cars unlocked, in case pedestrians encounter polar bears.

The Serengeti National Park is arguably the best known of Tanzania’s parks. There are over 200,000 zebras, 300,000 Thompson’s gazelles, and a million wildebeest there. You can also observe elephants, giraffes, crocodiles, lions, rhinos, ostriches, jackals, hyenas… in short, the dream of the wildlife photographer!

Thanks to its natural parks and cays, Belize is full of places to observe marine fauna. In the Cockscomb Basin Wildlife Sanctuary, you can find a multitude of sharks, rays, but also land species such as the giant guinea pig and the jaguar.

The Everglades National Park, a UNESCO World Heritage Site since 1979, contains the largest subtropical natural environment in the country. Over 350 species of birds, around 300 species of fresh and saltwater fish, 40 species of mammals, and 50 species of reptiles live in the park, including the famous crocodiles.

Famous for their striped-tailed lemurs, Madagascar’s national parks are also home to a large number of splendid birds and reptiles of all kinds.

This archipelago of Ecuador located in the eastern Pacific Ocean offers a unique experience in terms of wildlife observation. Do like Darwin and discover these volcanic islands to the rhythm of huge iguanas, sea lions, and giant land turtles.

Borneo is the fourth largest island in the world by area. Rich in tens of thousands of animal and plant species, a large part of which remains to be discovered, the primary forest of Borneo, in the heart of the Insulinde, is a sort of primitive paradise for many endemic and rare species. It is the ideal place to observe the orangutan in one of the many sanctuaries.

Costa Rica’s lush jungle is home to extremely diverse wildlife, ranging from monkeys and sloths to poisonous frogs and exotic butterflies. It is a country where 27% of the territory is left to nature, many natural parks accessible to tourists that populate the place.